Two hours train ride from Sydney Central takes you through the city suburbs and out onto the plateau of the Blue Mountains. It is not known what gives the Blue Mountains their colour. The mayor of one of the towns even commissioned a study from a university (great use of local taxes) as to why they looked so blue. The answer? Light deflection. Money well spent!

The double span windows on the doubled decker train lend themselves to an entertaining in-rail movie of ever changing, ever beautiful vistas of the ground dropping into the valleys carpeted with plush rainforest.

As an anniversary surprise for Natalie, and as a light relief from two whole days in the slums of Sydney backpackers, I booked us into the Fairmont Resort Hotel in Leura where we where upgraded into a superior room with a view of the imaginatively named "Mega Long Valley"..... you can guess how long it is!.

Still, only there to sleep.....out to the mountains!

When packing our bags we had umm-ed and agh-ed over whether or not to bring our hiking boots. What a perfect excuse to break them in, particularly with the infrequency and cost of local transport! We walked down to sublime point for our first 270 degree view of the blue mountains. They say pictures are worth a thousand words so enough of me rabbiting on: 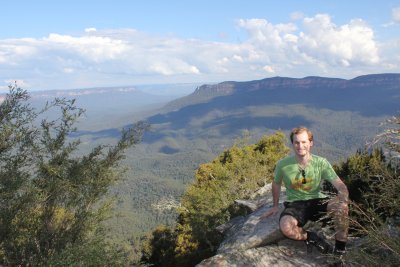 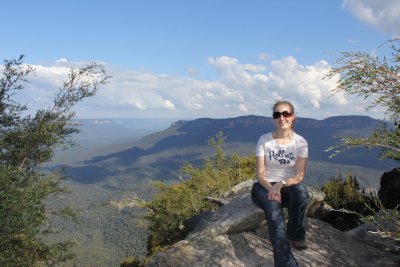 The walk took us two hours round the cliff edge down into the valley and into the pools of Siloam for my first fiddle with the shutter speed on my camera, trying to slow the water to get that smoothed silk effect: 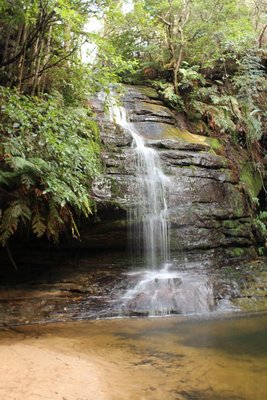 And of course the obligatory explorer poses: 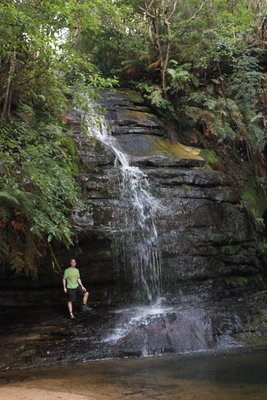 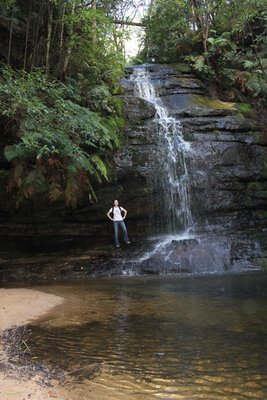 The problem with descending into the valleys to see the lovely waterfalls is eventually you need to climb back up. Two sets of burning thighs later took us to the viewing point for Gordon Falls which puzzled us and other tourists as no one could seem to find them! After half an hour of scouring the area we found a stream the strength of a leaking tap that appeared as a white thread of cotton against the mountain face. Thanks for that one blue mountains - from the bottom of my aching feet!

A dip on the hot tub and a good nights sleep later we were recharged and ready to take on the mountains again. Breakfast even included honey straight out of the honeycomb. Absolutely delicious until my second trip to the breakfast bar saw some snotty handed kids sticking their fingers in the honeycomb trying to find the bees! Winnie the Pooh never had to put up with this! 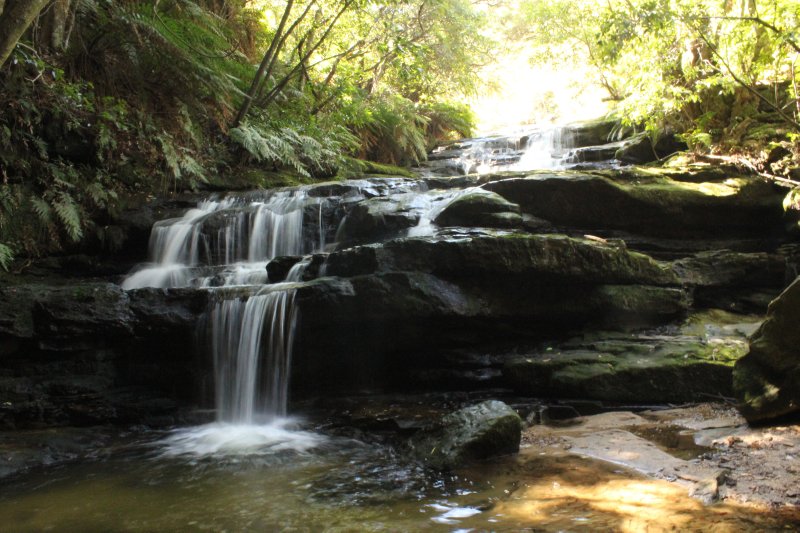 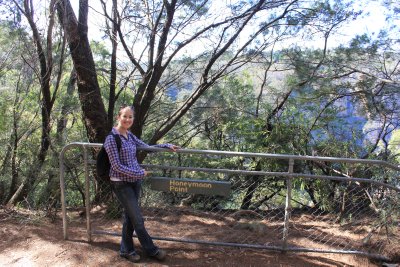 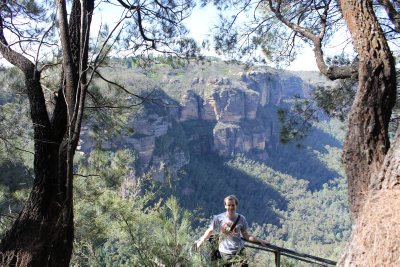 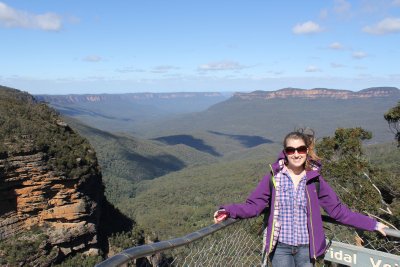 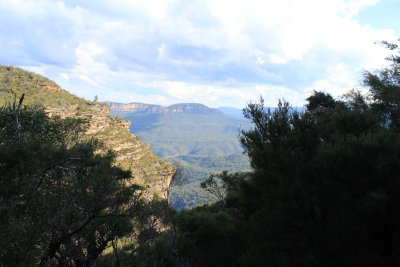 We returned to Leura cascades for another camera session before taking the Prince Henry cliff walk round to the three sisters, a formation of three needles on the edge of the blue mountain valleys.

Legend has it (at least the one we where told) that three sisters fell in love with three brothers from another tribe which was at war with the first tribe. A wise man, who saw the weird scenario of three sisters marrying three brothers, puzzled over whether the situation constituted incest, before turning the sisters to stone promising to turn them back once the war was over. The wise man was killed during the battle and the sisters remained locked as stone forever, never to confuse their children of who was an uncle or aunty at Christmas ever again. 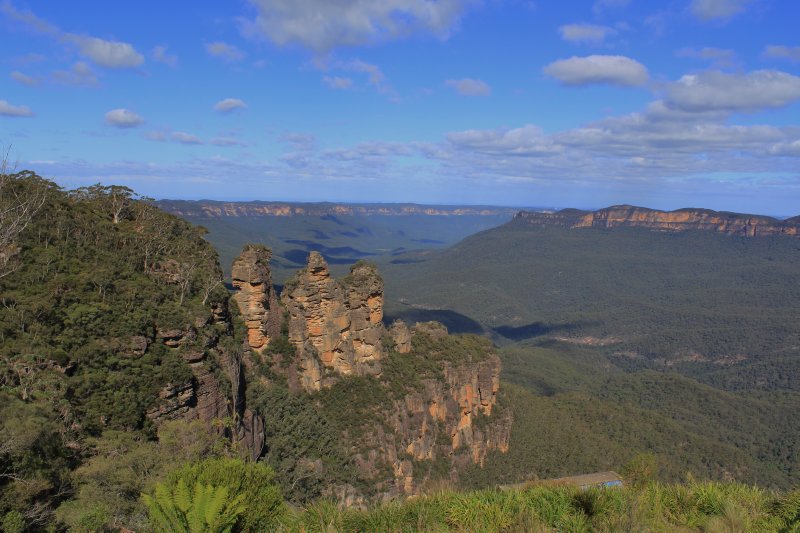