A little corner of the world

Our second private jet ride (a whole 40 passengers on a 200 seater plane) over the Tasman Sea and the incredible snow topped mountains of south west New Zealand to land in Queenstown. I'd highly recommend flying into Queenstown if you get the chance as the views out the windows as you descend through the mountain valleys and turquoise meltwater lakes is just fantastic. 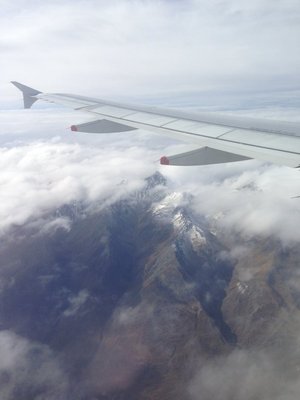 Being one of four planes in the entire airport also makes it a lot easier to run back to your seat when you leave two litres of Baileys in the overhead locker! Passing through security with slightly less disruption (and toiletries) than in Sydney, picking up some gin in duty free (rude not to) saw us into the excited arms of Mum, Dad and our long time family friends Maura and Gordon who have retired to Wanaka.

On the way over to Wanaka we stopped by to see the age old New Zealand tradition of throwing yourself off a bridge at Kawarau bungy. Having done a bungy when I last visited, which incidentally cured my fear of heights, I thought I'd never go near one again. Watching this however spurred me on.......

Maybe later in the trip. Natalie is yet to be convinced!

Over the hills and far away we made a second pit stop at the Cardrona Hotel, an old mining stop, for a pint of New Zealand's best and a plate of chippies and we were soon in Wanaka, exactly 8 years to the day on from when I first visited. Good to know fashion (at least my fashion sense) hadn't changed in that time! 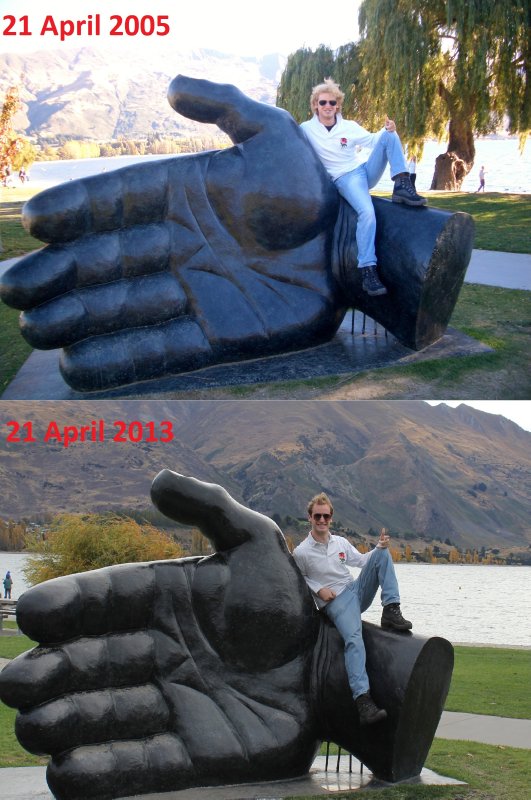 The view from Maura and Gordon's deck speaks for itself as to why they retired here. Waking up to this view in the morning for the rest of your life is pretty much winning the game of life! Every morning and throughout the day the same view but always changing from the weather rolling over the mountains. It's honestly hard to have a conversation at their table without being distracted at the view from the window! 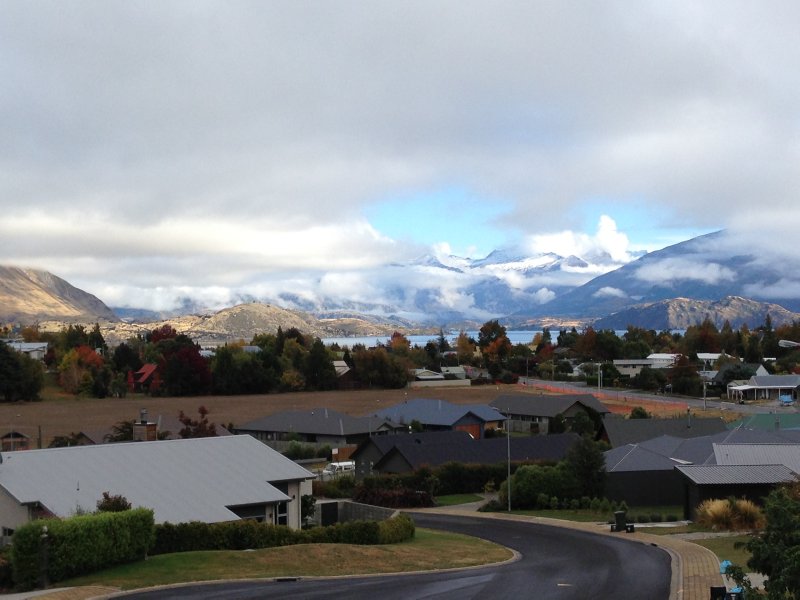 On Monday we took a somewhat speedy walk up the beautiful Clutha river with my parents, Maura Gordon and a very excited dog by the name of Indie. It's just hit Autumn here and the leaves are turning, think you'll agree its more than a good chance to open up my lens again: Very pretty indeed. Wound the walk down the only way we know how; with a pint (Matsons Black - needs to be tried!), some chippies and even some Bluff Oysters! A new experience for Mrs Adams Jnr, one she is not rushing back too!

On Tuesday Natalie and I took the car over the Crown range to Queenstown, the adrenaline capital of New Zealand (and probably the only place to claim itself as an 'adrenaline capital'). Passing straight past the office for the bungee jumps, we opted for a shotver Jet boat down the shotover canyon, created by an earthquake some 300 years ago. The jets have a breakneck 700 horsepower that can throw the boat into spins of over 360 degrees and skimming over just 9.5cm of water. The drivers are particularly fond of rock faces, driving so close your seat cushion disappears. Squeaky bum time indeed, but way more than a lot of fun! 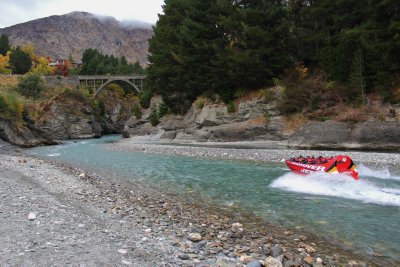 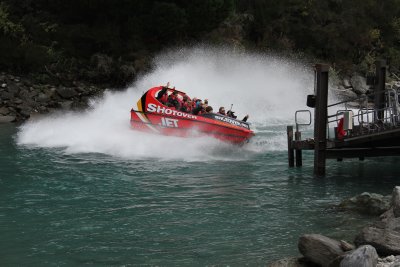 Back into Queenstown and the smell and the queue of the world famous Fergburger stretch long down the street. I didn't go last time I didn't make it to Fergburger and have been plagued by it ever since as EVERYBODY else I met who made it to Queenstown on their gap year always asks three questions

1. Did you do a bungee? I did the Nevis Bungee, all 134m of it
2. Did you go to the World Bar and have a cocktails served in a teapot? Also a big tick
3. Did you go to Fergburger? A disappointing no followed by questioning as to why I left the queue when drunk to get a subway instead!

It had big expectations to live up to.... 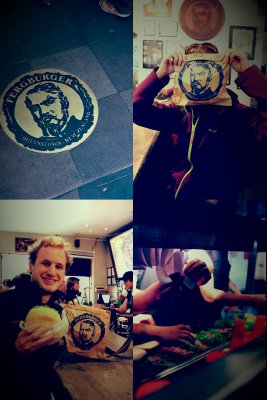 ....and boy did it live up to those expectations, not only was this, maybe the best burge I've had in my life but it was bigger than Natalie's head!! Now I know what you're thinking, Natalie does have a small head but it's still a human head and last I checked burgers did not come in that size!

Rolling out 20 minutes later we decided to put our newly gained gravitational pull to good use and try out the Skyline Luge which sits a gondola ride up the Skyline Luge. Don't let this thing deceive you it is very fast and a lot of fun, perhaps even more than the shotover jet! I soon adopted racing lines that'd make cool running proud and took Natalie at the chicane which apparently was "dangerous and you're not allowed to bump into other lugers!" Whatever! Feel the Rhythm, Feel the Rhyme, get on up, its luging time, Coool Runnnniiiiinngs! 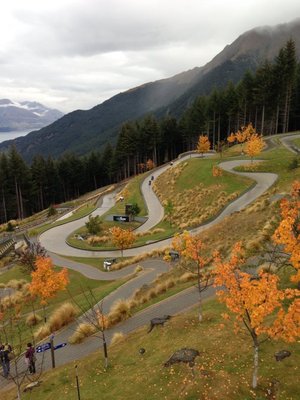 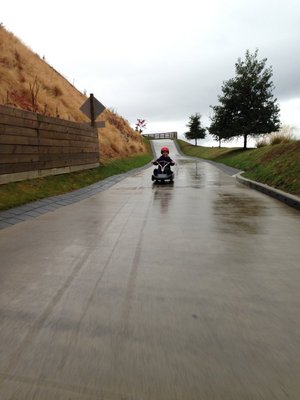 A day back in Wanaka and after numerous recommendations from Mum and Maura, we packed a picnic (mainly consisting of champagne, wine and crisps. We're not animals after all!!) and headed up into Sticky Forest for a view over Lake Wanaka and the mounatains. A fantastic afternoon in the Sunshine and took some pictures the New Zealand Tourism Board would be proud of: 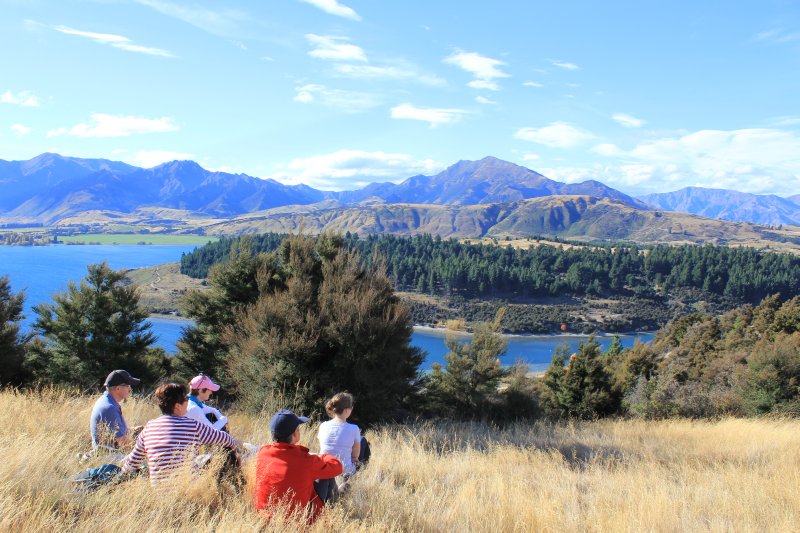 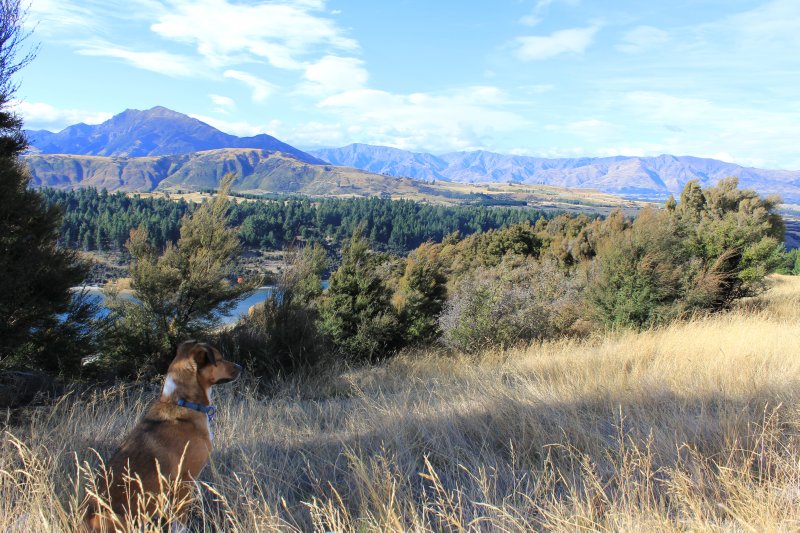 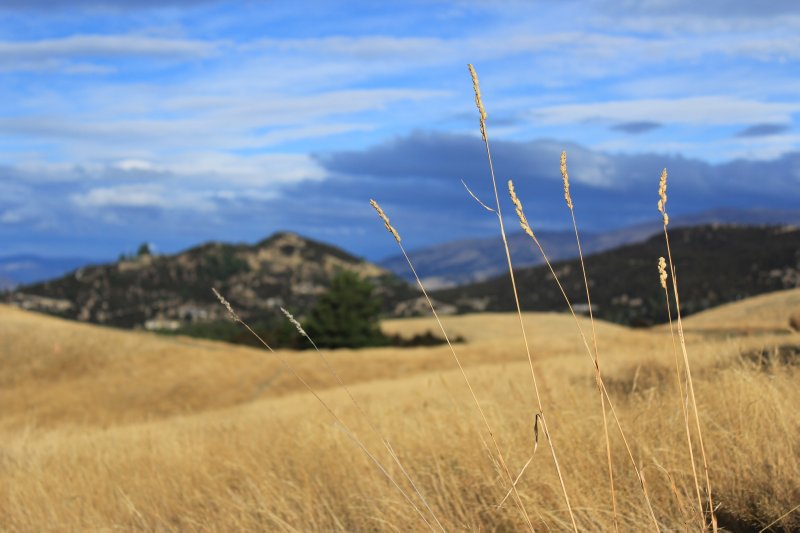