In Sid-knee now staying in our first backpackers. I think I look back on my gap year with rose tinted glasses and had forgotten that most backpackers greet you with the smell of incense, the sound of rap music and a white guy with dreadlocks behind the desk whose response to every questions is “cool”.

Homemade backpacker ‘art’/graffiti adorns the walls and the promise of the evening’s entertainment of “Goon Pong, 8pm, with free goon” made me very quickly realise I am no longer the 18-year old care free traveller I was on my last trip. Perfect location for the hostel though as we are pitched between the Chamberlain Hotel and the Broadway Musical – The Addams family! At least irony is on our side if not the need for Dettol!

Still, it may not be the best accommodation on our trip but it certainly won’t be the worst either. Only there to sleep anyway……out to the city!

Once our bags were dropped we were quick out the door to discover what Sydney had in store. A long walk down the busy Pitt Street brought us out into Circular quay and to the enormous harbour bridge and the iconic Opera house. 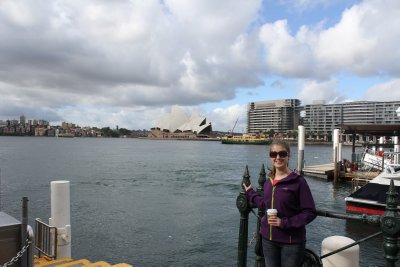 A stroll round the harbour, obligatory photo in front of the opera house and trek up to the bridge climb office to book in our bridge climb for Saturday morning had built up a thirst for a quick pot of beer. Luckily this also meant we were in the historic ‘Rocks’ area of Sydney and able to stop by in the Lord Nelson for a glass of Three Sheets pale ale and a chat with some morris dancers.

I first went to the Lord Nelson when travelling alone on my gap year. Having been travelling by myself for a whole 12 hours I, desperate for conversation, told the barmaid all about my school, how there was a house called Nelson, and how it served minors a pint of beer, cider or even wine for a bargainous £1. Seemingly uninterested in serving alcohol to the under aged she moved on quickly and I returned to my solitude. Luckily this time I had the wife with me to retell the story to for a 5th time and she was equally uninterested.

Wednesday morning saw the first test of our pale British skin against the Australian sun as we jumped on the ‘Bondi Bendy’ to the world famous Bondi beach. Having been repeatedly warned that Bondi was not a nice beach, was a tourist trap, and there were much nicer beaches to go to in the area, we were blown away at the beauty of the beach. Bondi sits in a secluded bay that serves as a trap for sun, waves and surfers. The near on white sand and blue waters certainly beat the beaches of Skegness or even Bournemouth, if there are nicer beaches in the area – point the way!! 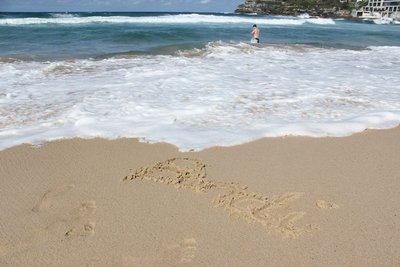 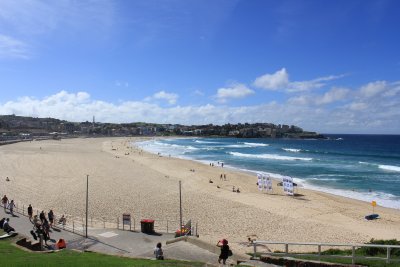 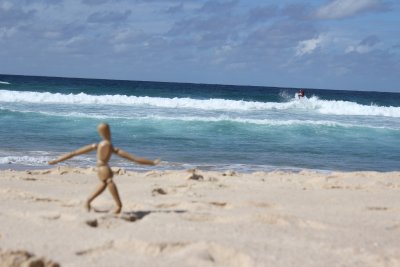 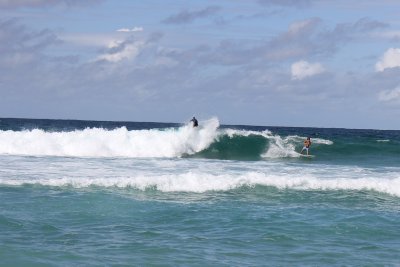 Having packed our ‘togs’ (swimming kit to Australians) we soon remembered bondi was made famous by its surfing and that. Realising going for a quick dip would be the equivalent of picking a fight with a giant washing machine, we opted to watch the pros and start that sunburn. Steve embarked on his first surf lesson on the beach and we soaked up some rays on the beach before taking the dramatic costal path round to coogee bay. I have to say at this point how well the path is maintained with information/look out points, water fountains and even free suntan lotion.

The path is also dotted with free public swimming pools that get filled by the tides of the Tasman sea. Now that's what I call a wave pool! 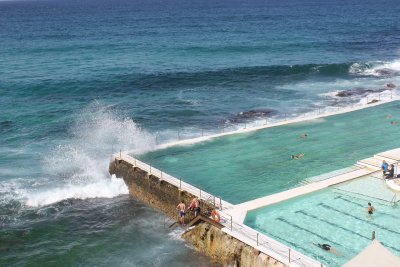 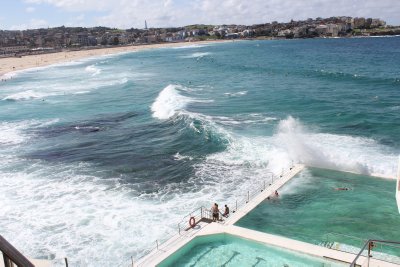 Walking round to Tamarama beach was just stunning, and a real lesson in physical geography and the power of erosion from wind and sea. Although only 6km the walk round to coogee took well over 2 hours mainly due to the endless Kodak moment viewpoints, each equally jaw dropping with the bluest waters hitting into the layered rock. 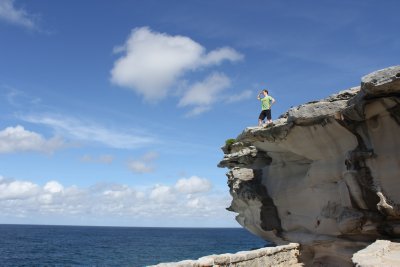 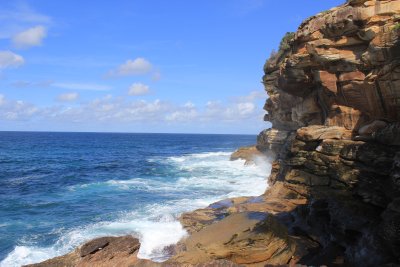 Botanical Gardens and the Opera House

The end of the day took us through the botantical gardens in Sydney and to Mrs MacQuaries Chair for an unrivalled view of both the Opera House and Sydney Harbour Bridge. Perfect end to the day, now lets go get a beer! 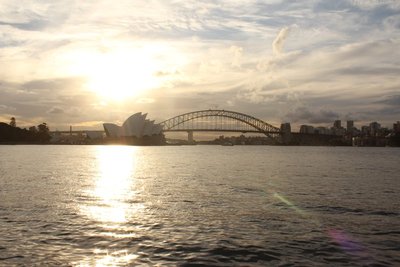 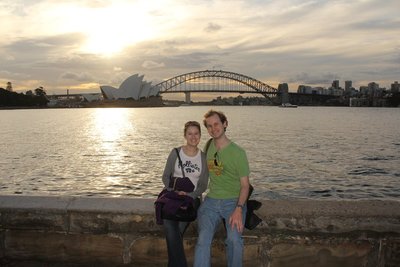