Seals, sheep and a Sh*t car

Fully equipped with our new car from Jucy Lucy (named hereafter as Lucy) and we're sorely missing the beast. This Diatsu Sirion is so small I have to bend just to get my left leg under the steering column.

Although new, this is not a car, it is a joke. The seats are uncomfortable and the boot tiny, I can only assume from the bit where you stick the key in to wind up this tin toy car up. To add embarrassment to injury it's presence on the road is so laughable they fitted it with a horn from a clown car repair shop.

Naught to 100km in approximately 5 and a half minutes when going downhill and with the wind on your side they may as well not ask you if you want the insurance as I doubt you could cause more than £100 damage to it. Where the $1 beast engine purred smugly at 120km/h, Lucy sounds (and has the power) of a bad hair dryer struggling at 60km/h. I am not happy, at least we only have to travel a couple of thousand miles in it!

Desperate to cheer ourselves up and heading out of Christchurch we took the south road to stop in on this place;

We'd seen it heading into Christchurch and it had been bugging us since. Factory outlet cookies? Don't mind if we do! Thanks Cookietime, we've loaded the car up!! After all it is the size and build quality of a cookie jar!

Pumped with sugar and realising the long drives had exhausted our chat (even I'd run out of things to talk about!), we decided to increase our social circle by picking up a complete stranger. I'm surprised he got in after seeing the car, even if he had been stood in the rain an hour! Casper, 19, from the Netherlands was travelling New Zealand on his gap year. Having never been on a plane before he bought a one way ticket to NZ and has been scrounging his way round ever since. Bit of work here, free ride there, no plans, he is a true traveller. Although he did provide new conversation he also added another persons worth of weight along with a rucksack and guitar - as if Lucy wasn't struggling enough! We took him to Kaikoura where our jealousy of his age and lack of worries forced us to abandon him at the information office.

Still nice guy and avoided us listening to NZ radio playing nothing but Crowded House and the same 5 hits of the 90's! They best not kill Tom Pettys Free falling for me!

Driving over the hills and down into Kaikoura provided yet another view in the long list of stunning NZ scenic drives. The constant vistas do not encourage safe driving when you're constantly gazing out the windows.

Dropping our bags and our hitchhiker off in town we headed out to the peninsula to a local seal colony. The seals are pretty cool and are well used to seeing humans. They just lie basking in the sun like lethargic teenagers who only stir if you disturb their sleep, to give an aggressive grunt or bark. 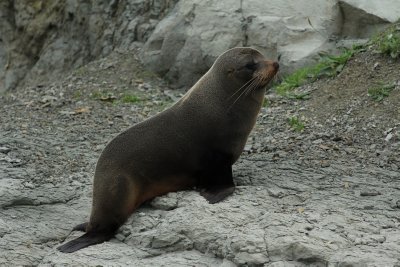 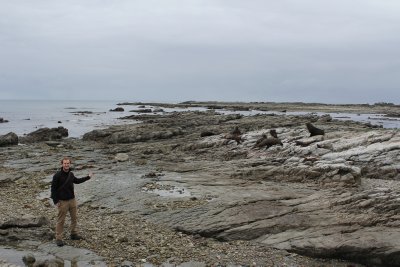 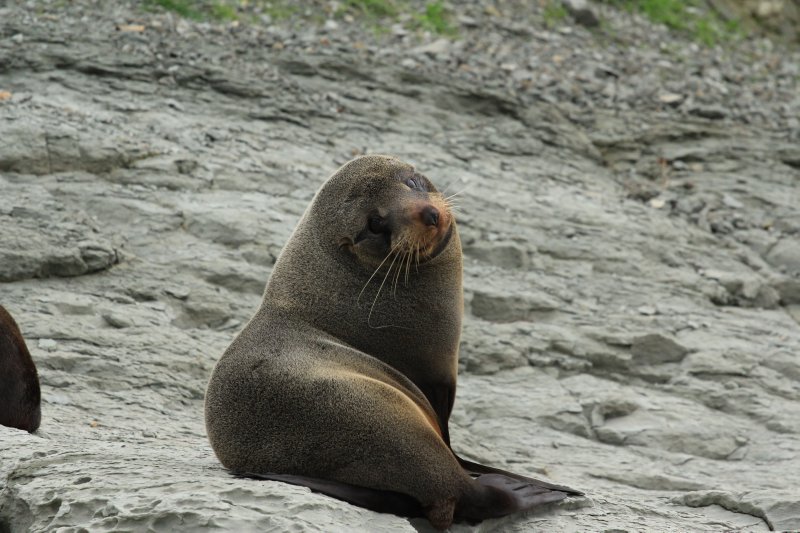 Passing a sign for live sheep shearing at 4pm, we stopped in for an authentic New Zealand experience. Soon discovering we were the only audience for the show (nothing like a private tour) we thought the show would be cancelled. Not to worry, the farmer arrived with his two dogs and the show went on. 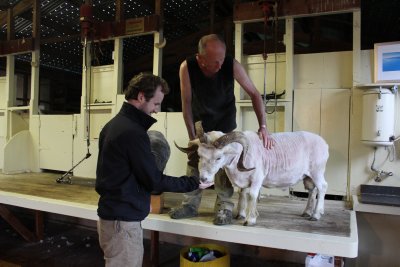 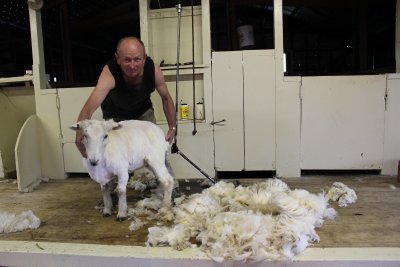 The is a former works record holder for shearing over 500 lambs in 8 hours. His wife and daughter also hold the female pairs record.

Each Drysdale sheep with a 6 month coat (about 15cm long) gives 3kg of wool. The wool off the head and the legs sells for $1 a kilo, the body wool sells for $3 a kilo and merino wool $18 a kilo. Teams of shearers tour New Zealand during shearing season travelling up and down the country shearing sheep. Before the wool is sold it is pressed to extract the oil or lanolin so be used in various oils, creams and other products. 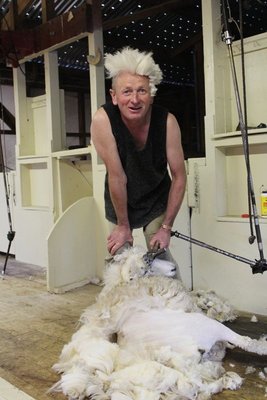 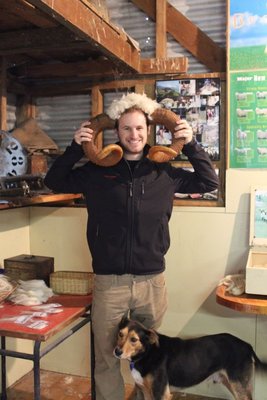 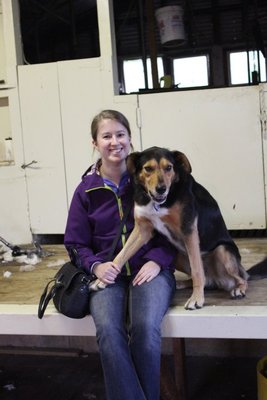 Willy - I'm dissapointed that you are not impressed with one of little autos. Lets have a photo of her, so that we can compare her your $1 Beast. CEO Jucy Lucy!

Haha! You had me for a minute there dad. Thought I was going to have to retract the blog!