So Sunday found us packing up the car early and heading out to Fox Glacier on the west coast. I've never seen a glacier before so another big tick in the box! 3 hour car journey there and back with a 4 hour guided walk in the middle - just your regular Sunday really!

On the drive there we stopped off at the Blue Pools about an hour from Wanaka. Conscious of time and eager to see the promised 'most beautiful blue pools in the world', we legged it down the trail as should take 15 minutes there and back from the main road. Overall they were a little underwhelming and most definitely green not blue! Still, a nice break from the car. I also should learn not to comment on every lake we pass ( i.e. "ooh there's a great reflection just there") as it makes Will want to pull over at every lookout grabbing his camera on the way!

So arrived at Fox about lunchtime, checked in and were given our 'boarding passes' (they decided to be fancy, 'ticket' would have done just fine). After a quick bite to eat, we got our gear on and headed to join our guide to learn and start walking Fox Glacier. The glacier is currently 13km long, relatively short as a few hundred years ago it was 43km, stretching a whopping 10km into the sea/ocean. We walked up into the valley before strapping on our crampons and stepping out onto the ice. Staff go up every day to carve new paths into the ice so we followed a flight of steps cut into the glacier! 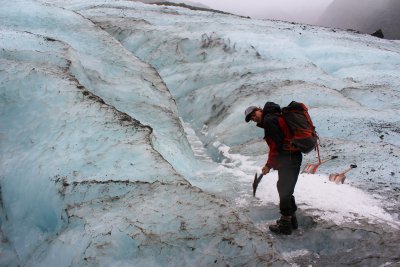 After a few steps we discovered a 'Moulin Bleu', a small natural cave in the ice with a glacier stream inside. 'Moulin' in french means 'windmill' hence the Moulin Rouge! 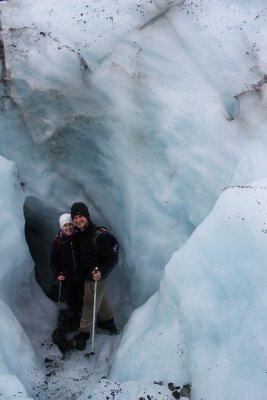 A new crevice had also opened up so we followed this through: 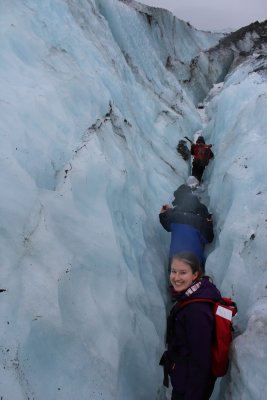 At this point we had the delight of experiencing west coast rain for the second time - views before the rain started were glorious: 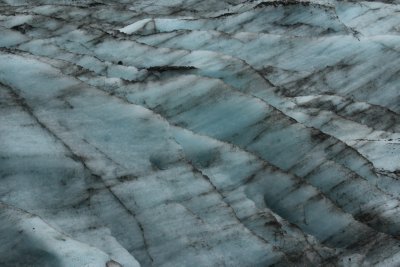 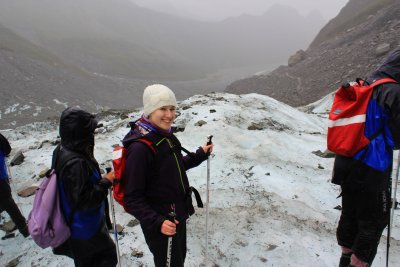 However once the rain started it was rather less so! 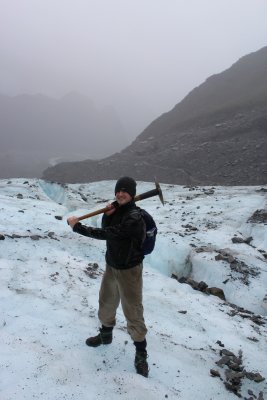 Still had a brilliant time walking on the ice! And Will had almost too much of a good time when he nearly fell off the ice! 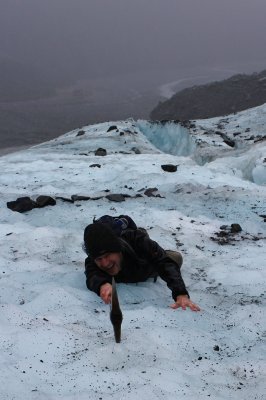